From Cape Town, South Africa to Delft, the Netherlands 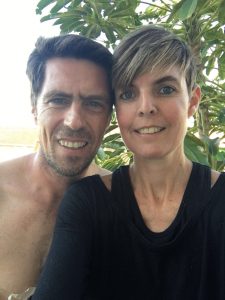 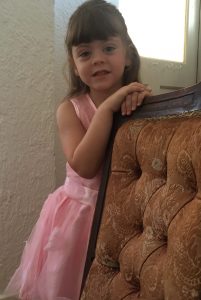 Part One: Just before their move to the Netherlands

New2nl wants to connect with our readers. We want to know where they live, what they do, what their family looks like, and most of all, what brings them to the Netherlands.

The best way to do this? Ask our fantastic clients directly!

Are you planning on moving to the Netherlands too?

This is how Jan, Tania and Anja Schavemaker from South Africa have prepared themselves. Hopefully you’ll find some inspiration through their story.

Hello! Nice to meet you. We are Jan, Tania and Anja Schavemaker. We live in the most beautiful city in South Africa – Cape Town, right under Table Mountain! Jan has his own business as a travel visa consultant, and I (Tania) work as a freelance draughtsperson, specialising in interior design (mostly retail and corporate). Our daughter Anja is turning 4 this year and is attending a Montessori preschool here in Cape Town.

What are your reasons for moving to the Netherlands?

What preparations have you made for your move?

We started preparing about 12 months ago. We decided to first find a school for Anja close to The Hague as that is where Jan will need to be close to the embassies for his work. I went to the Netherlands in January for school visits and decided on a Montessori school in Delft. Jan will go in April to look for work and a place to live close to the school, and Anja and I will follow at the beginning of August. 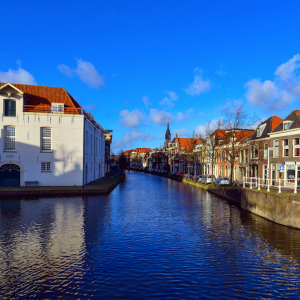 How and where have you gathered information about your relocation?

Mostly from the internet, and through e-mailing different schools. A Montessori playgroup in Amsterdam put me in touch with New2nl, and from there on Annebet has just been such a great help. I have also joined Facebook pages, Instagram and newsletters based in the Netherlands. I have started to build up a network of people there. Meeting some of them in January when I went for the school visits has been a great help too!

Have you been to the Netherlands before?

Jan lived there before as a child for 2 years, and I visited once for a weekend, and just fell in love with Amsterdam. In fact I decided that Amsterdam is better than Venice – my previous favorite city in the world!

Do you already speak some Dutch?

Our home language is Afrikaans, which is a local South-African language that has developed over the past 350 years from Dutch. If Dutch people speak slowly, we can understand. To the Dutch ear, Afrikaans sounds like a more simplified version, nearly like the way you speak to a baby 🙂 Once we get there, we are planning on learning some more Dutch.

What are you expecting from your new home town – Delft?

Not sure – I would like to live in the old center or close to it, and experience the Dutch culture, and I guess getting used to cycling is going to be fun!

What do you think you’ll miss most from your home country?

The sunshine, braai (cooking meat outdoors over an open fire) and our friends. 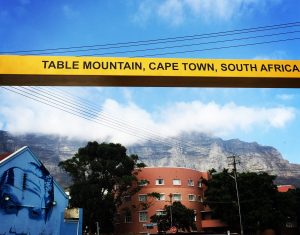 How have you experienced the process of finding a suitable school?

In the beginning it was totally daunting!! And I didn’t know where to start. I knew I wanted Anja to attend a Montessori school – as she has been to one here at home, and she just loved it. I could see the change that it brought in her. So I emailed every Montessori school in the Netherlands I could find on the internet. Finally Simone Davies from Jacaranda Tree Montessori in Amsterdam replied and said I should contact Annebet from New2nl. What a great experience it has been – Annebet answered all my e-mails, gave me good info on which Facebook pages to join, and what schools to look at. Meeting her on Skype was actually rather fun 🙂

Once we decided on a few schools, Annebet agreed to come with me to visit the schools, and we spent a whole day together. She was really efficient, and I just felt so much more at ease about the whole moving thing. And as New2nl have contact with other expat services, it is a great point to start from.

Based on your experiences so far, do you have any tips for international families who are preparing their move to the Netherlands?

Don’t try and do it on your own – it’s better to contact companies that have the experience. They know where the loopholes are, and it just gives you peace of mind. There is just sssooooo much to think of during such a move! Let the experts do what the experts do best 🙂

Are you curious to find out how this beautiful family is getting on in the Netherlands? We’ll be back shortly with Part 2!

Would you like to connect with Tania and Jan Schavemaker? You may send a message to annebet@new2nl.com and we’ll make sure to pass it on.