From Alpharetta, Georgia in the United States to Amsterdam, the Netherlands 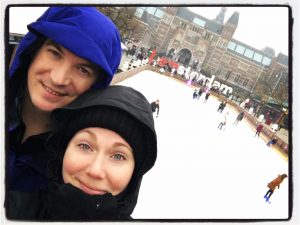 PART TWO: AFTER YOUR FIRST MONTHS IN THE NETHERLANDS:

New2nl wants to connect with our readers. We want to know where they live, what they do, what their family looks like, and most of all, what brings them to the Netherlands. The best way to do this? Ask our fantastic clients directly!
In this ‘Our Navigate the Netherlands story’ series, we’ll interview a family three times during their process of moving to the Netherlands: just before they move, after their first few weeks in the Netherlands, and a couple of months after their arrival.

This is part two about the Davidson family’s move to the Netherlands. In case you have missed part 1, in which this American family explained why they were moving to the Netherlands, and how they prepared, you can read it here.

In this edition the Davidson family shows that moving continents with small children is no walk in the park. But with time, a positive attitude, new friends, and going out and about, everything gets easier.

How would you describe your first months in the Netherlands?

Our first few months were a whirlwind! We arrived at the end of July and since our apartment was fully furnished there was not much settling in that needed to be done. We began traveling right away and trying to see as many sights as possible. We toured the Netherlands and some neighboring countries and spent lots of time together as a family. 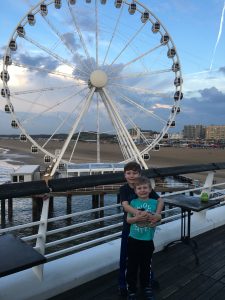 What were your first thoughts when you landed at Schiphol Airport?

When we first landed I think we were just filled with excitement for the next step in this adventure! We knew we would miss our family and friends but luckily already had a few visits lined up so we knew we would see everyone again. We were anxious to settle into our apartment and start discovering our new city.

What are your first impressions of your new house, neighbourhood, and neighbors?

Our apartment wasn’t quite ready when we arrived so we spent two nights in a hotel. When we finally got inside, we were thrilled. It was wide open, light and airy, and just gorgeous! We chose it online and never saw it in person, so we were very happy that it looked just like the photos. We live in a very quiet courtyard and have not met all of our neighbors, but have lucked out that there are young boys the same ages as our children right next door. The Jordaan area has been perfect for us: still in the center of things but nice and quiet and not too touristy. We love being within walking distance to Central Station and nearby parks, restaurants, and anything else we might need. 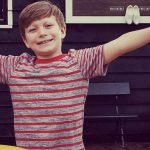 What do you think are the biggest differences with your home country?

One of the biggest differences is we walk or bike everywhere in Amsterdam. Where we come from, you drive across the street to go to the market—it is not pedestrian-friendly at all. Now a twenty-minute walk seems easy when back at home we never would have considered doing that! Something I miss from home is buying in bulk. We go to the market every other day to stock up on food.

What was the first Dutch word you said in public? To whom? And how did they react?

We started off saying “Dank je wel” and “Spreekt u Engels?” right away and to everyone. We had been practicing Dutch at home before we moved but still were not very comfortable. Everyone has been very friendly and helpful, and willing to communicate in English, which has made the transition much less stressful. I imagine if there was not a common language this move would have been much more difficult.

How were your first days at school and at work?

My youngest son cried every morning at school drop off for eight weeks so needless to say his transition into Dutch school has been very difficult. His teacher was very patient, and slowly, as he learned more Dutch, he felt more comfortable at school. I cried the first day dropping them off because I was just hoping they would enjoy this experience and have fun at school. It has been tough work, and still a lot more to learn, but now they both enjoy school.

What did you bring with you from your home country?

We arrived with eight suitcases jam-packed with clothes and toys. Because our apartment was coming fully furnished (including linens and towels), we left everything else in a storage unit in the U.S. I brought a few family photos, art supplies, and a few decor items that were special to us. We traveled VERY light and it felt great to leave everything behind! We have not really missed any of the “stuff” which is good.

What do you miss most from home?

We miss the people. Friends and family were all nearby in the same town. I miss the social aspect of getting together with people you’ve known your whole life and whose children have grown up alongside yours. It’s a lot of work to make new friends!

What do you wish you had known before moving to the Netherlands? 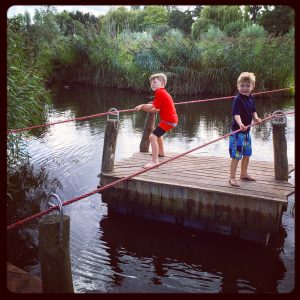 We were warned about the weather but I imagine if people had not told us about how rough it could be, I’d be shocked! It surprised us how people just go about their life in hail, rain, wind, etc.

With this experience so far, do you have any other tips for international families who are preparing their move to the Netherlands?

My biggest piece of advice is connect online with people who live here, attend the schools you are considering, or in the neighborhood where you will live. We arrived not knowing anyone but had “met” a few people on Facebook and were able to make face-to-face connections once we arrived. It helped meeting up with people in the same situation, whether they had just arrived like us, or had been here a few years. Not everyone became friends that we visit socially, but we’ve definitely learned from all of them and enjoyed hearing about their different experiences. Social media opens up a whole community you might otherwise never have known and I highly suggest getting involved.

Are you curious to find out how this beautiful family is getting on in the Netherlands? We’ll be back shortly with Part 3!

Would you like to connect with Lincoln & Kelly Davidson? You may send a message to annebet@new2nl.com and we’ll make sure to pass it on.