From Cape Town, South Africa to ,, Haarlem!, the Netherlands. 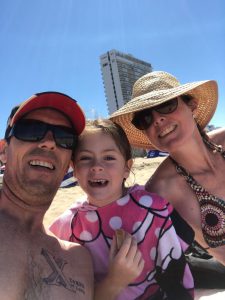 PART THREE: AFTER YOUR FIRST FEW MONTHS IN THE NETHERLANDS:

New2nl wants to connect with our readers. We want to know where they live, what they do, what their family looks like, and most of all, what brings them to the Netherlands. The best way to do this? Ask our dear clients directly!

This is part three about the Schavemaker family’s move to the Netherlands. In case you have missed part 1, in which this South African family explained why they were moving to the Netherlands, and how they prepared, you can read it here. In Part 2 they explain how they ended up in Amsterdam instead of Delft; their original destination.

Already in Part 2 of this series we explained that a relocation is often much harder when you have to do it all by yourself. In this third and final story you can read that happily this lovely South African family are finally getting settled in.

How is everything going for you?

After a lot of struggles and much more time than anticipated, everything is finally falling into place! We now have our own apartment, and though there is very little furniture, it’s home. I am doing a temporary job at a department store, but will soon have a job interview for a permanent position as a draftsman, doing technical drawings for the layout of shops. Jan has started a very good job at a high-class hotel in Amsterdam, and Anja started Group 3 at a new school in Haarlem in September…..so hopefully we can now settle here for at least the next 5 years!

Do you already feel at home in your new home? What have you done to create this feeling?

The first 6 months living in a furnished house among someone else’s furniture and memories was hard, but I tried to make the best of it by packing most of the owners’ stuff away, and using the few things that I brought along from South Africa, which was mostly kitchen things and soft furnishings – small things that fitted into our suitcases. 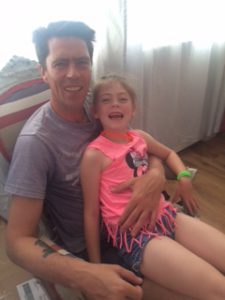 Have you or your family members made any friends yet? If yes, where did you meet?

Anja has made the most friends, mostly from school  and she had “een leuk feestje” for her 6th birthday with 8 friends from school. I have befriended one of her friend’s mothers.

Which member of your family is currently most fluent in Dutch?

I think Anja (LOL) and then Jan. Sometimes Anja will say something in Dutch and then neither Jan or I understand her, and after a few attempts of asking her to repeat what she said, we will end up asking her to say it in Afrikaans, LOL! 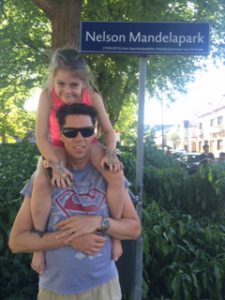 In Haarlem, we are staying in the Transvaalbuurt. It’s so funny, as Transvaal is an area in South Africa, and all the streets here are named after boer generals and presidents from the Transvaal. The Dutch had lots of sympathy with the Afrikaners in their struggle against the British during the Boer War of 1902 – so they named this area after Transvaal 🙂 The park is named after Nelson Mandela who was the first democratic president in the new South Africa in 1994.

What has been your most valuable discovery so far? This can be anything you can think of!

Haarlem! The first time I stepped off the bus in the center to go to a job interview, I knew this is where I would like to live!

What is the most fun thing you have experienced so far?

Definitely the indoor playgrounds – Anja loves them! And King’s Day in Haarlem was definitely a great experience!

And the strangest thing?

Paardenworst…..we are still debating if it actually is horse meat or not! And then Dutch words that are commonly used here, but the same word in Afrikaans would be frowned upon! The weirdest was that Anja had a school project about food, digestion, toilets, and the sewage system; for the whole month they discussed all different types of human and animal poop. They even had to draw it and make it out of clay!!! VERY WEIRD!!!

How is your daughter doing at school?

Anja had to do two Cito tests. The first one was very poor, but the second one showed improvement. The teacher said she was not too worried about it as it’s purely the language barrier. Once she did the test one-on-one with Anja, she understood everything.

Does the school meet your expectations?

The Jenaplan school in Hoofddorp was amazing. I would recommend it to anyone without hesitation! I am very sad that Anja had to leave the school, as we have relocated to Haarlem.

How is your job going? Which differences at work did you have most difficulty getting used to?

Jobs are going great! I think Jan found his job difficult in the beginning, as he had never worked in the hotel industry before, and as he went from being boss to employee. I found my job here as a shop designer pretty much the same as in South Africa. It made me think that on some levels South Africa is on a par with first world countries.

Have you already been back to your own country since your move to the Netherlands? If yes, how was it?

No we haven’t been back yet, although I am planning on going back for two weeks in December.

What is the biggest obstacle/problem you have encountered so far? How did you overcome it?

I think the biggest obstacle is finding accommodation!!! It took forever (or it feels that way!) before we qualified financially to rent our own place!

What tips would you give to families who are new to the Netherlands?

Do your homework! Don’t think you are going to get here and just walk into a job equivalent to what you were doing back home….if you leave your country to start a new life here, you have to pretty much start at the bottom again! But that being said, I think it is worth it for Anja’s future!

Are you curious to find out how this beautiful family is getting on in the Netherlands or would you like to connect with Tania and Jan Schavemaker? You may send a message to annebet@new2nl.com and we’ll make sure to pass it on.