OUR ‘NAVIGATE THE NETHERLANDS’ STORY:

From Germany via London to Amsterdam 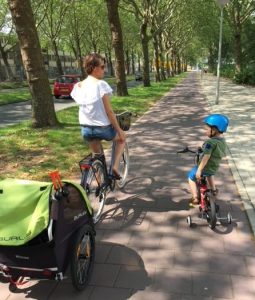 PART TWO: AFTER YOUR FIRST MONTHS IN THE NETHERLANDS:

New2NL wants to connect with our readers. We want to know where they live, what they do, what their family looks like, and most of all, what brings them to the Netherlands. The best way to do this? Ask our fantastic clients directly!
In this ‘Our Navigate the Netherlands story’ series, we’ll interview a family three times during their process of moving to the Netherlands: just before they move, after their first few months in the Netherlands, and again a couple of months later, once they have settled a bit more.

This is part two about Janina’s, Dominik’s and Tom’s move to the Netherlands. In case you have missed part 1, in which this family explained why they were moving to the Netherlands, and how they prepared for their big move, you can read it here.

HOW WOULD YOU DESCRIBE YOUR FIRST MONTHS IN THE NETHERLANDS?

Exciting and busy trying to find our way around, and how certain processes work.

In the pictures you’ll see some of our nicest first experiences here: moving into our flat, one of the first bike tours to the Amsterdamse Bos and the goat farm, to Artis Zoo, a boat tour on the Amstel river, preparing Poffertjes (small pancakes) at the Parade, celebrating our first Sinterklaas, visiting Nemo Science Museum and the Maritime Museum. 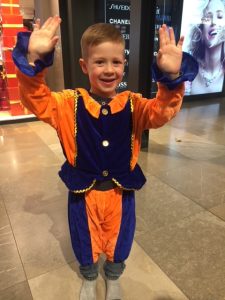 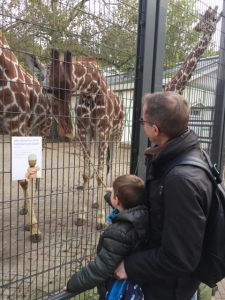 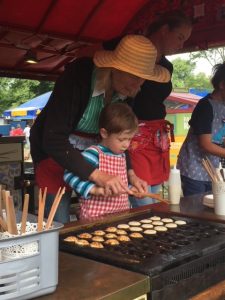 Poffertjes at the Parade

WHAT WERE YOUR FIRST THOUGHTS WHEN YOU LANDED AT SCHIPHOL AIRPORT?

WHAT ARE YOUR FIRST IMPRESSIONS OF YOUR NEW HOUSE, NEIGHBOURHOOD, AND NEIGHBORS? 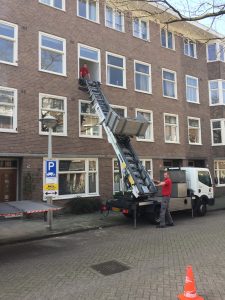 Our new flat, however, was at first stressful in a sense that we decided to do a full renovation.

We are happy about it now, but before and at time of the move it was a lot of extra work/stress.

WHAT DO YOU THINK ARE THE BIGGEST DIFFERENCES WITH THE PREVIOUS COUNTRY WHERE YOU LIVED?

WHAT WAS THE FIRST DUTCH WORD YOU SAID IN PUBLIC? TO WHOM? AND HOW DID THEY REACT?

“Mag ik een koffie, alsjeblieft?” To a waitress at a coffee bar.

Whenever we try to make an effort to speak Dutch, it is generally perceived as something very positive. Learning Dutch is part of the integration process here and it is important to us. Also, our son goes to a Dutch primary school, so we would like to try keeping up with his new primary language.

HOW WERE YOUR FIRST DAYS AT SCHOOL AND AT WORK?

School (Kindercampus Zuidas, Amsterdam): Very nervous but excited. The teacher made it however very easy for all of us! We also had the invaluable help of Dominiks parents during this time. This was especially important as Dominik and I both were unable to take time off work during the move.

Work: excited, but as it was the same employer not many things have changed, except having a nice bike ride to work and back each day.

WHAT DID YOU BRING WITH YOU FROM YOUR PREVIOUS HOST COUNTRY?

Porridge for nostalgic reasons, after realising that the Netherlands offer everything.

WHAT DO YOU MISS MOST FROM HOME?

WHAT DO YOU WISH YOU HAD KNOWN BEFORE MOVING TO THE NETHERLANDS?

How amazing it is to live here.

WITH THIS EXPERIENCE SO FAR, DO YOU HAVE ANY OTHER TIPS FOR INTERNATIONAL FAMILIES WHO ARE PREPARING THEIR MOVE TO THE NETHERLANDS?

The help and advice from Annebet van Mameren (New2NL) has been invaluable to us. Learning about the Dutch school system (especially the lottery process in our case!) and about suitable good schools in Amsterdam has been so important for us. This also guided the location within Amsterdam for our flat hunting.

Place to live within Amsterdam:

Talking to people living in Amsterdam to learn about different neighbourhoods.

The services of an estate agent were really helpful. We also hired a service called “Welocate” to benefit from a general package, dealing with all different aspects of searching and buying a property.

Embrace the new and be surprised how welcoming and open everyone is, especially if one makes a little effort.

Taking time off work at least the first week of arriving here in the Netherlands. If this is not possible (as was the case for us), ensure that you will have some support at least during the first week (family, friends) to help settle the family and the school start of the child(ren).

Another tip would be to get a Museum Card for the whole year for the family. We have started to explore the city from the beginning, and we really enjoy Nemo Science Museum and the Maritime Museum. 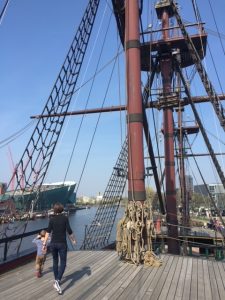